Everything there is to know before planning your Hajj expenses!

Everything there is to know before planning your Hajj expenses!

Thinking of performing Hajj (Pilgrimage)? But not entirely sure about the fund? What about a loan? What should be your plan for Hajj expenses? If these are the questions you are facing then you have come to the right place. Tag along and we will take you through everything there is to know about your Hajj expenses!

First of all, let’s do a quick study of Hajj, in brief, to get things straight.

Believers of Islam must perform certain activities that are bestowed upon them, some are to be done daily or once in a year or once in their lifetime, to thank and pay back to Allah as a sign of utmost respect for creating them and providing them with a guideline on how to live their lives.

One of the five pillars, which is a must DO for Islam believers, of Islam is Hajj (Pilgrimage). It is performed by visiting the house of Allah in Mecca city of Saudi Arabia and completing the rituals.

Look at the picture below to grasp the basic idea of Hajj. Learn the step by step guide to Hajj by Aljazeera. 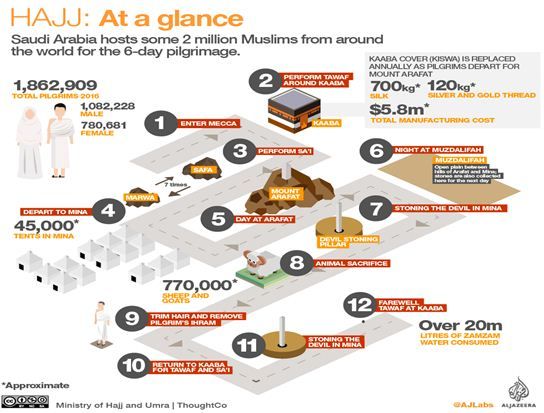 Why is Hajj performed?

The aim of each believer is to obtain the consent and pleasure of Allah. One of the ways of obtaining the consent and pleasure of Allah is to fulfil His orders and to avoid His prohibitions conveyed through His prophets. The orders of Allah direct humans toward the good, the beautiful and the truth, and His prohibitions keep the man away from the evil. Thus, it makes a man have high ethics and be happy.

Hajj is a kind of worshipping that is carried out through money and the body. It is fard (duty, must perform) for wealthy people to go to Hajj once in their lives.

Allah states the following in the Quran: “pilgrimage thereto is a duty men owe to Allah―those who can afford the journey.” (Al-Imran, 3/97)

For whom is Hajj Fard?

It is fard for a Muslim, whether male or female, who can afford, a wealthy and healthy Muslim, to perform Hajj once in his life. To be responsible for Hajj, a person must be a Muslim, sane, have reached the age of puberty, free, rich enough to support the journey and family while in the journey. A person who lacks one of those conditions does not have to perform Hajj. It is not religiously appropriate to delay Hajj for later ages due to some reasons. A person who delays Hajj and then cannot do it himself has to send someone to perform Hajj for him. Learn more here.

A believer who gives the poor the amount of money for Hajj is not regarded to have performed Hajj.

If those who have not performed hajj although they have the necessary conditions lose some conditions, they still become obliged to perform Hajj. For instance, if a rich person catches a permanent illness after the season for hajj passes, he has to send someone to Hajj as a deputy for him. Therefore, a Muslim must perform hajj as soon as he has the opportunity to do it.

Learn more about the conditions and situations of Hajj being Fard here. 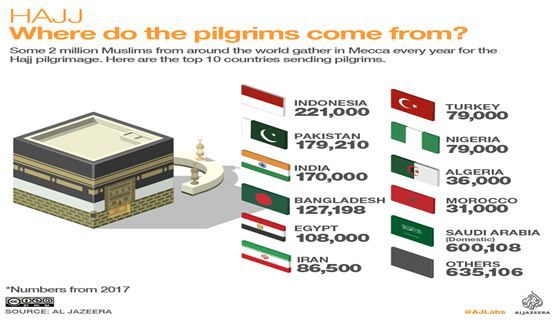 What are the types of Hajj?

Find out more about the types of Hajj here or go into a detailed study here.

Look at the picture below to learn the difference between Hajj and Umrah at a glance or go here.

Expenses for Hajj or visit to Mecca vary from country to country. Some countries have ties with the Saudi Government so that the cost of Hajj may be reduced and accessible to even lower-income people. Again, the cost may vary depending on the period of travel or the type of pilgrimage you chose. The fewer days you go for the lesser the cost. Nonetheless, the cost of Hajj pilgrimage is not cheap. For a Hajj trip from Australia. 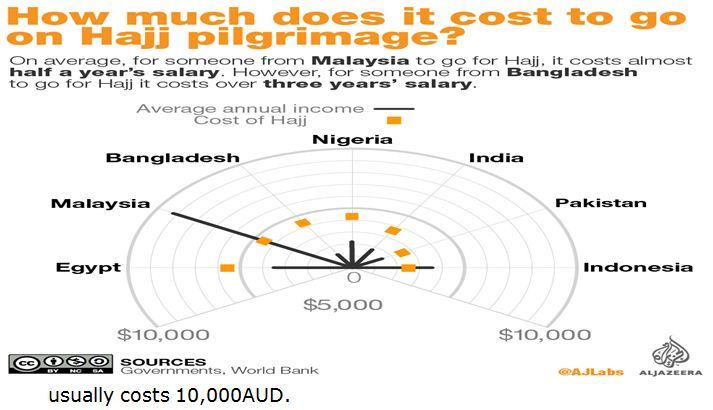 Now, it is important that the money you will be spending on your Hajj journey must come from your pocket i.e. you should be able to meet the cost by yourself. Of course, it is possible to perform Hajj on someone else’s fund but If you are eligible for Hajj and have a loan or mortgage to pay off, Islamic rule dictates that you should first pay off your debt and then go for your Hajj. The general rule says that Hajj only becomes obligatory if you don’t have a debt to pay off. So, what are the possible funds you might use for your Hajj expenses If you don’t have cash in your hand? What are the permissible sources that one can use to meet the cost of Hajj? Let’s understand the possibilities!

Meeting Hajj expenses by taking a loan or ongoing instalments for a loan both are deterrents for performing Hajj. Any type of loan, be it a car loan or home loan or business loan, makes a believer unfit for performing Hajj. But under certain conditions, Hajj can be obligatory. In brief, if the due time to repay the loan is far in the future or the creditor comes to an agreement upon the confirmation of repayment then Hajj can be obligatory.

Even a loan can be taken with the intention to perform Hajj is possible if certain conditions are met.

Go here for an in-depth clarification of the rules and conditions. 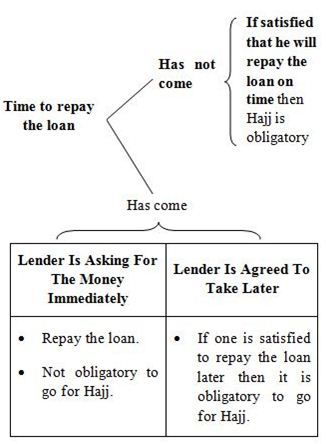 Governments and banks have come together to aid this particular issue as well. Now it is possible to take up a bank loan (specifically strict conditions must be met) to cover the cost for Hajj as well.

In Saudi Arabian news on 13th October 2018, Pilgrims can borrow money from the government and banks to perform Hajj, said Sheikh Abdullah Al-Mutlaq, a member of the Saudi Council of Senior Scholars.

“Debt that will be paid back in monthly instalments through salary deductions does not hinder pilgrims from performing Hajj,” he said. “Only debt owed to other people must be paid back before embarking on the spiritual journey.” (Reference).

So, figuratively, if an eligible Muslim does a job and settles a contract with his Government or Bank in such a manner that his Hajj expenses will be deduced over time, bank loans are permissible.

Indonesia, a country that takes Islam and Hajj seriously, has introduced various methods to allow its people to be able to cover their Hajj expenses. More in here.

Having said all these, it is important to understand that since conditions of the loan for covering the cost for Hajj is complicated and quite difficult to ensure whether all the elements are satisfied, it is advised not to take up a loan for such purpose as the Hajj could be invalid upon simple mistake.

If the situation demands that you must borrow money in order to cover the cost of your Hajj expenses then the Hajj may not be obligatory for you. Usually, borrowing means you are short on budget and if you are short then you must cover your shortage. It should be remembered that Hajj is only obligatory upon you if you have sufficient funds to support your journey, your stay during the pilgrimage, and finally to be able to support your family while you are away on your journey. Learn more about issues regarding borrowing money for Hajj here.

Alternative ways to cover the cost of Hajj.

If a person is able to sell a land property that would be sufficient for performing Hajj and that sale will not hinder his ability to support his family then it is obligatory to sell the land and go to Hajj. (Ref.)

The purpose of this project is to arrange money for people who intend to perform Hajj. Under the Hajj scheme account banking service, money is deposited in the depository Haj account for a specified period in a monthly instalment.

In this case, how much money will be required for the Hajj, because it is not predetermined in advance, the project is created in the same way as an expense of the expenditure, which is to be made after the expiration of the profits and actual deposits. Those who cannot afford to pay one-time Hajj money; deposit the money into the hajj scheme account banking service. 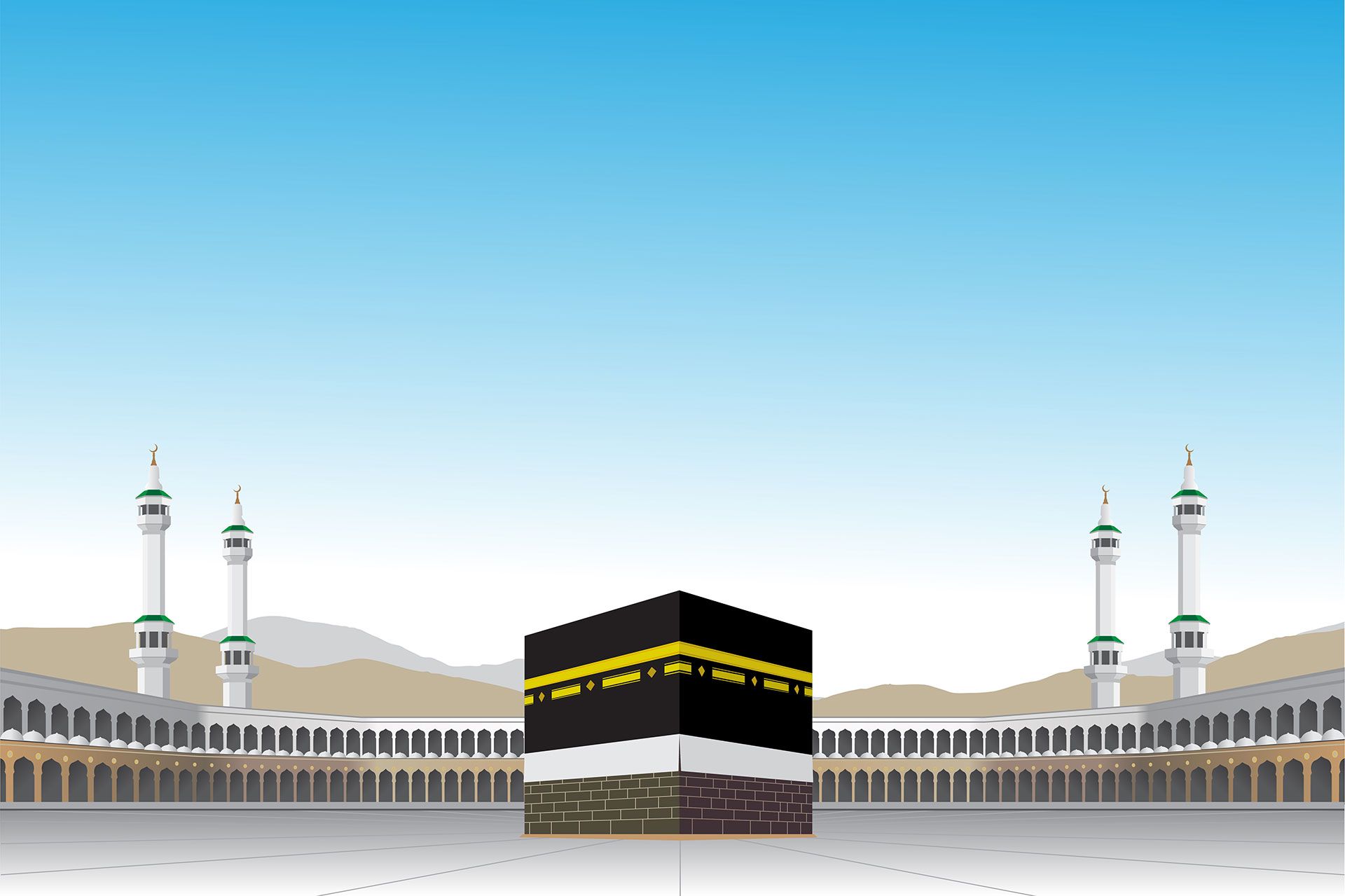 Hajj funds are different from traditional Islamic or non-Islamic savings schemes. The difference of terms and conditions of a Hajj account vary depending on the financing agent. But the basic differences are almost similar.

How to select Hajj Fund service

A wide range of choices is available these days for Hajj savings accounts. A well-planned hajj saving scheme is significant to prepare for Hajj in future. Sort out which services are important to meet your needs and best suited for your earning stream. Go into details to understand the terms and conditions that you must consider. If the scheme satisfies your preferences then choose without hesitation.

Join 3000+ readers who are obsessed with Isalmco finance and investmnets.